The department has three specialist Chemistry laboratories. The Chemistry staff consists of four full-time Chemistry graduates and all teaching in Years 7 to 13 is by a Chemistry graduate. Chemistry is taught as a separate subject throughout the school. All staff endeavour to ensure that many school lessons contain practical work. This develops the boy’s practical skills, develops understanding of theoretical ideas and provides an enjoyable learning environment. 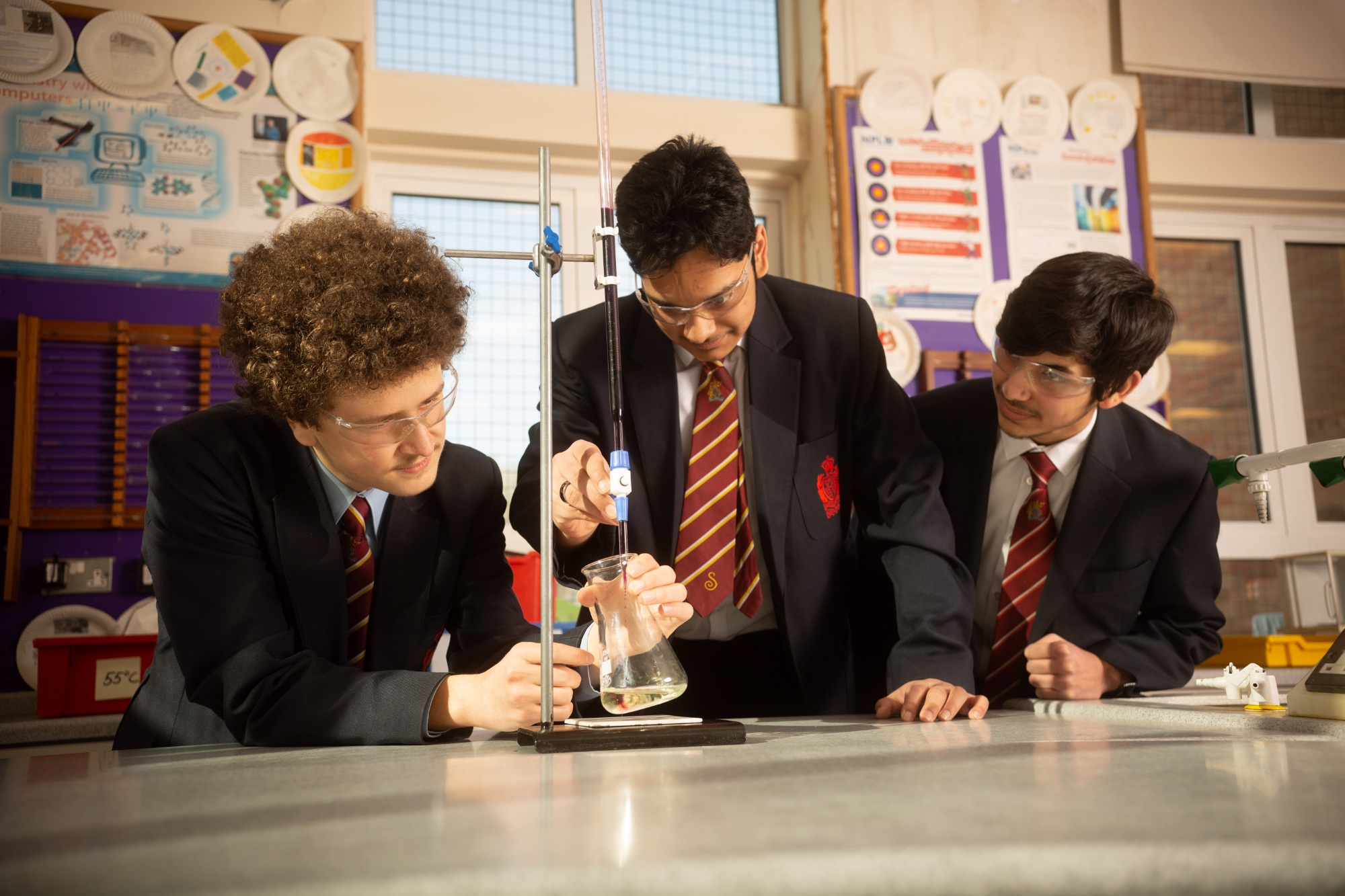 The school has had outstanding success in the RSC Chemistry Olympiad over recent years taking a host of top medals. In 2015 Tom Else scored the highest mark in the country, in round 1. In 2016 Muhammed Khan surpassed this by being placed in the top four in the country at round 2 and being chosen to represent the UK at the 48th International Chemistry Olympiad in Tiblisi, Georgia. He finished 128th in the world, gaining a bronze medal. In 2017 Anthony Lim continued Camp Hill’s success in the competition being chosen in the UK team for the 49th ICHO in Thailand. He gained a silver medal being placed 71st in the world!

All pupils follow a common course. Teaching throughout Key Stage 3 is in form groups (32).

All pupils follow a common course based on the new AQA GCSE. This is a linear course, with pupils taking exams at the end of Year 11. Teaching throughout Key Stage 4 is in sets of 23 or 24 boys. Each set is of mixed ability.

It is departmental policy to try to ensure that the same member of staff stays with a set throughout KS4.

The Post 16 course currently offered is AQA Chemistry. Chemistry has five sets in the Lower and Upper Sixth. Each set has between 14 and 20 pupils. Each set in all Upper and Lower Sixth is taken by one of the full-time chemists, each set having 9 periods per two weeks (560 mins.)

The sixth form has the opportunity to further their interest in Chemistry by subscribing to the Chemistry Review magazine and also have the chance to attend lectures at Birmingham University run by the West Midlands Chemistry Teachers Association. The department runs additional subject enrichment classes and an organic synthesis course for Year 13.